Spanish Speaking Demographics in the US 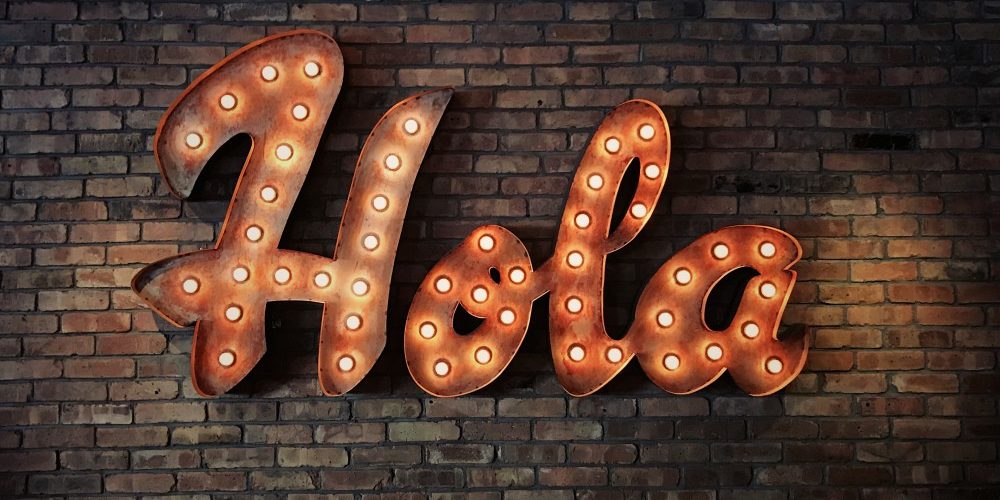 Speaking Demographics | Spanish in the US

In honor of National Hispanic Heritage Month (which spans from September 15 – October 15), we wanted to highlight the prevalence of Spanish speaking demographics in the United States.

It may not come as a surprise to hear that Spanish is the second most-spoken language in the U.S. after English. Even in states where it is not spoken frequently (such as West Virginia, Montana, and Vermont), you can find documents and services that have been translated into Spanish. Yet, you may not have realized just how large the Spanish-speaking cohort is within the United States. In fact, according to a report by the Cervantes Institute, there are an estimated 41 million people that speak Spanish at home and are native Spanish speakers – which is about 12% of the entire population of the U.S. This does not include the approximate 12 million more who have limited English proficiency![1] Here, we use numbers to break down the subject of Spanish in the US:

The History of Spanish in the United States

Recent immigrants aren’t the only drivers of the dominance of the Spanish language within the U.S. The roots of the Spanish in the US come from the earliest European explorers in North America. Spanish conquistadors colonized territories that eventually became states such as Florida, Colorado, New Mexico, Arizona, Texas, and California. Many of these states initially colonized by the Spanish still hold the largest populations of Spanish speakers and the closest ties to Hispanic culture and traditions. Later immigration from Spanish-speaking countries then helped to solidify the prevalence of Spanish.

Not only is Spanish the 2nd most spoken language in the U.S. (no other language comes close), but it’s also the most studied foreign language here. Approximately six million American students study Spanish, far outranking those that study other languages such as French, German, or Mandarin.

The Hispanic population, most of whom speak Spanish, is the largest minority in the U.S. The size of the U.S. Hispanic population in some instances may actually exceed that of countries where Spanish is the primary language, such as Spain or Colombia.[2] Mexico is the only other country with a greater Hispanic population. Within the United States, the states with the highest populations of Spanish speakers are as follows: New Mexico, California, Texas, and Arizona.

The Future of Spanish in the US

Spanish is, without a doubt, not going anywhere and many people believe it is the future. The population of Spanish speakers in the U.S. is growing. In 2012, approximately 38.3 million people spoke Spanish at home.[3] Now, just seven years later, the number is closer to 41 million.[4] This is double the amount of people in that same category in 1990.[3] Hispanics are also one of the fastest-growing ethnic groups in the U.S. The Census Bureau estimates that by 2050, the U.S. could have as many as 138 million Spanish speakers. To put that in perspective, Mexico has an approximate population of 129 million people, which means that the U.S. may become the largest Spanish-speaking country in the world.

If – or rather when – you need documents translated into Spanish or require Spanish interpretation services, Acutrans has you covered. Get a Free Quote for Spanish Interpretation Services from Acutrans.