Top 10 Most Commonly Spoken Languages in the World 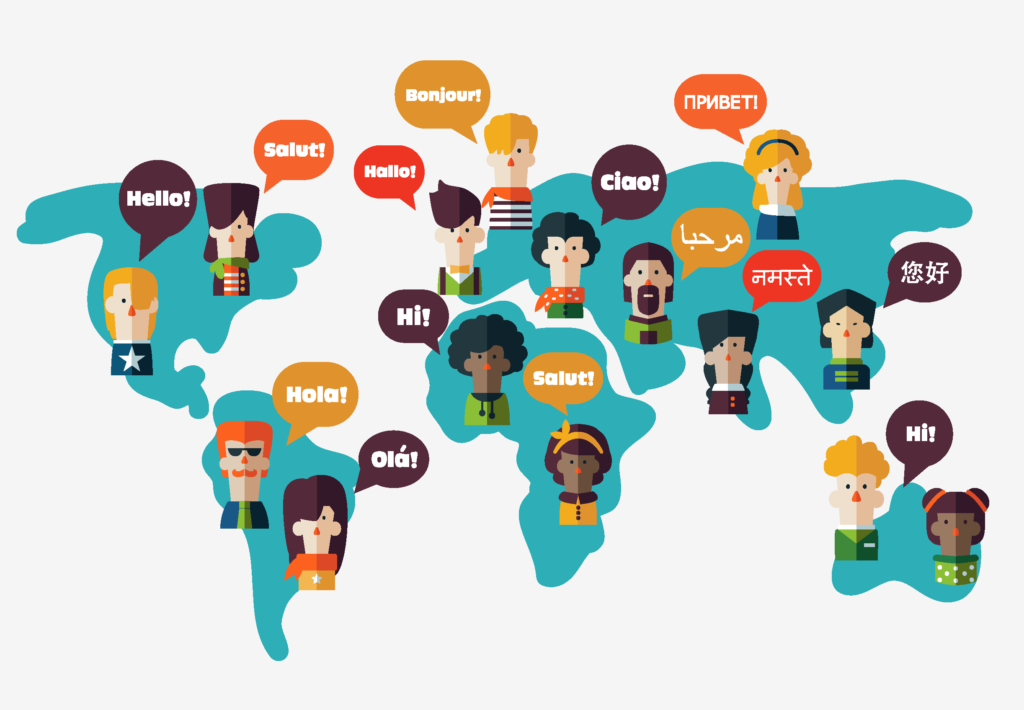 Top 10 Most Commonly Spoken Languages in the World

People often forget how diverse and large our planet is. With a total population of 7.8 billion people there is a lot of variety in the way people interact, dress, and speak. In fact, across the world there are more than 7000 languages spoken! [1] That may be surprising to some people considering its hard for most people to name more than 50 languages. While there are 7000 languages spoken, native speakers of the top 10 most common languages make up almost half of the world’s population. In this article we’ll explore these top 10 languages and the places they come from.

It may be no surprise that the World’s most populous country would hold the title for most commonly spoken language. 1.3 people speak Chinese dialects as their native language. These Chinese dialects include Mandarin, Cantonese, and more! [2]

The Spanish empire once covered half the globe, and its influence is still felt by the language its former colonies speak. Just like with Chinese, Spanish covers dozens of dialects. Spanish is spoken in Central America, most of South America, and the Caribbean. More than 460 million people [2] speak this language.

English has the third highest number of native speakers in the world at 379 million people. Just like with the Spanish, the British empire left its legacy in its language. While this is not the most common native language for people, it is the most common second language. English continues to be important for business and international cooperation. [2]

Hindi is one of the 23 official languages of India, and the most commonly spoken. 341 million native speakers across dozens of dialects make up this group. [2]

Arabic is spoken across northern Africa and the Arabian Peninsula. With 315 million native speakers [2], it is a diverse language. Arabic is the only language in the top 10 written right to left.

I’m sure Bengali is a surprising addition to the list for most people. But if you’ve spent any time in south-east Asia you’ll know Bengali is spoken in some of the largest cities. The people who speak Bengali are spread across West and East Bengal in the western part of the Indian subcontinent. 228 million native speakers [2] fit into an area smaller than the East Coast of the United States.

Portuguese is spoken by 220 million native speakers [2], most of them in Brazil! But just like with Spanish and English, Portuguese is commonly spoken because of the former Portuguese empire. There are many African countries along with Portugal and Brazil that speak this romance language.

Russian is the eighth most commonly spoken language with 153 million native speakers [2]. As the world’s largest country by size, this language spans 14 time zones!

Japanese may be another surprising addition to this list for some. Almost all 128 million native Japanese speakers live in one country: Japan! [2] Although they may not be able to speak it, many people have had access to the Japanese language through films and television.

Rounding out our list is Punjabi with 118 million native speakers. [2] Like many other languages on the list, Punjabi is a broad term for a language with many dialects like Western and Eastern Punjabi. This language is spoken in the Punjab state in India and Pakistan.

Many Americans believe that the whole world speaks English, this couldn’t be farther from the truth. English speakers are only a fraction of the total business and commerce done across the world. Once they understand this, companies choose Acutrans to translate their materials. With Acutrans, you get translation expertise at a fraction of the price. That’s why our clients have used us for more than 20 years!