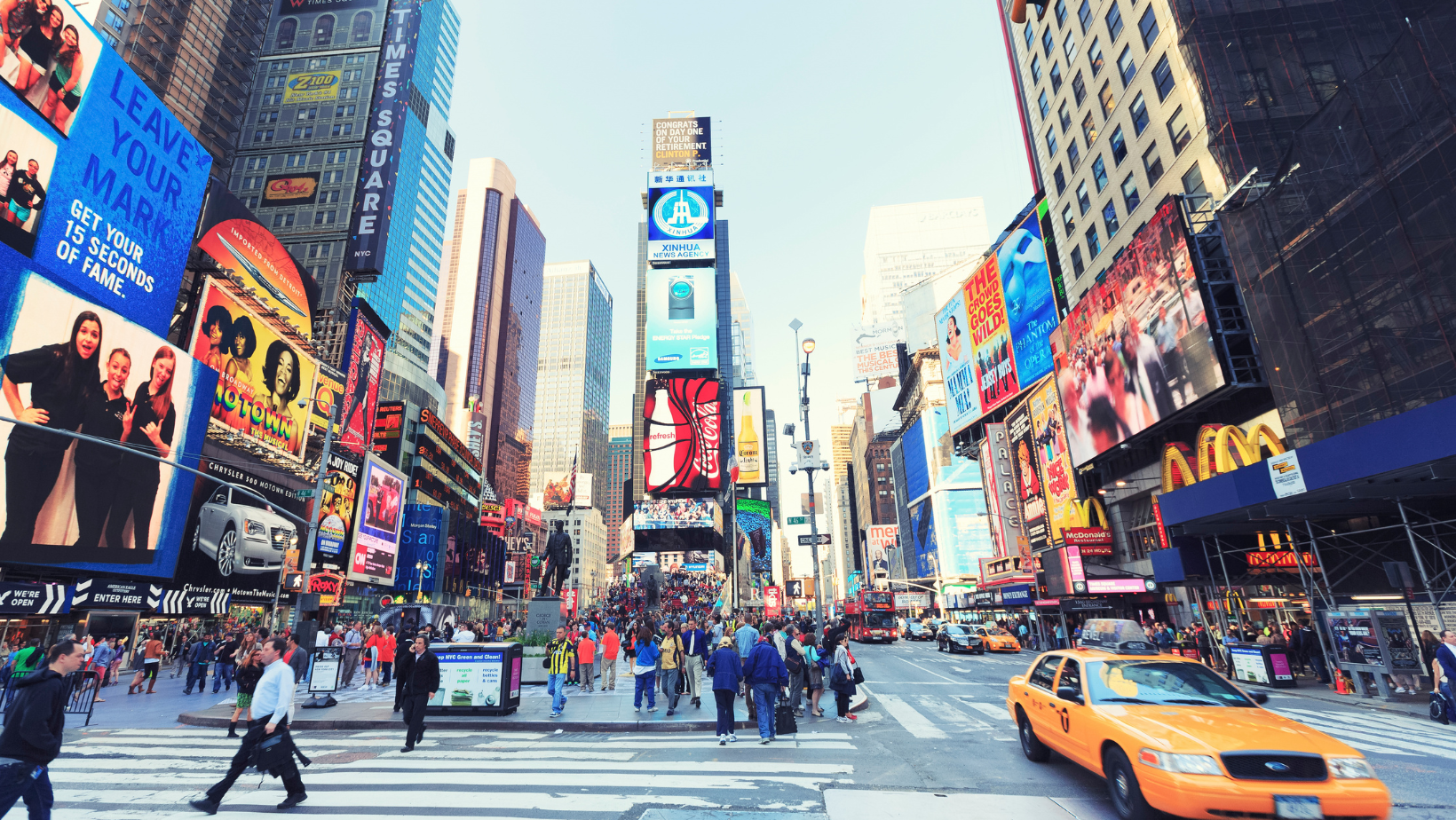 During the early days of broader immigration into the United States, New York City was dubbed the Golden Door, serving as a key point of entry to the land of opportunity. However, New York’s history of immigration dates back much further. As a result, it quickly became a cultural melting pot, leading to a wide variety of languages being represented in the population.

In a general sense, all of the current languages spoken in New York are a reflection of the state’s history and immigration patterns. New arrivals bring their native languages with them, and many still use them as their primary language at home, even if they subsequently learn English. With that in mind, here’s a look at the immigration history of New York and the top ten language of New York currently.

Since the colonial period, European immigrants increasingly made New York their home. Prior to the American Revolution, the bulk was Dutch, English, German, or Scottish. However, starting in the 19th century, other New Englanders of varying descent began moving into the state, particularly the upstate regions, Westchester County, and the northern portion of Long Island.

Over time, this shifted the overall population composition of New York. Italians became a significant part of the equation, as well as immigrants from what was then the Soviet Union, particularly areas that are now Russia and Ukraine.

However, there was also a rise in Irish, German, Polish, and Canadian immigrants, as well as those coming from various parts of the United Kingdom. Additionally, while about one-half of the population was Roman Catholic, around 10 percent was Jewish.

Beginning in the mid-19th century, cities in New York also saw the first Chinese immigrants. Again, these numbers rose over time, and immigrants from other Asian nations were soon to follow.

Beginning in the 20th century, African Americans leaving southern states started coming to New York. The first significant influx happened during World War I, but it was dwarfed by the droves that arrived during and after World War II.

In the late 20th century, a wider array of immigrants came to New York, along with migrants from Africa and the Caribbean, Puerto Ricans increasingly came into the state. Over time, more Dominicans and Latinos did the same, increasing the Spanish-speaking population.

Top 10 Languages of New York (Other Than English)

While English isn’t technically the official language of New York – though there have been efforts to make that happen – it’s the most widely spoken language in local households. However, English isn’t the primary language spoken in many New York homes.

Overall, about 30.3 percent of New York residents age five and older speak a language besides English at home. With around 7.42 million households in the state, that means approximately 2.25 million use a non-English language at home.

Now, not every individual in those households is limited English proficiency (LEP). However, the number of LEP individuals is substantial, coming in near 1.8 million people in New York City alone.

Data regarding the other languages spoken is reasonably available. Here’s a look at the top ten languages of New York, not including English.

In total, about 2,702,957 New York residents speak Spanish. That makes it the second most common language in the state, representing around 14.71 percent of the population.

2. Chinese (Including Cantonese and Mandarin)

The second language on this list – and the third most common in New York – is Chinese (including Cantonese and Mandarin). While its share is well below Spanish, coming in at 3.18 percent, it still represents about 584,577 residents.

Russian comes in behind Chinese. There are close to 223,297 speakers, representing 1.22 percent of the population.

In total, there are about 179,324 Yiddish, Pennsylvania Dutch, or Other West Germanic language speakers in New York, representing around 0.98 percent of the population.

Haitian is spoken by around 145,635 residents. That’s approximately 0.79 percent of the population.

Bengali is spoken by approximately 132,155 people in New York. That works out to about 0.72 percent of the population.

With approximately 129,735 individuals, French (including Cajun) speakers make up about 0.71 percent of the New York population.

Rounding out the top ten is Korean. In New York, around 93,719 people speak it, with works out to about 0.51 percent of the population.

Do You Need a Dependable, Professional Interpreter or Translator?

With so many languages represented in New York, having a professional language services provider by your side is often essential. That’s why the Acutrans team holds itself to the highest standards, ensuring top-quality results for all of your translation and interpretation needs.

If you’re looking for a dependable interpreter, Acutrans offers industry-leading language services, covering over 200 languages. Whether you need over-the-phone, on-site, or video remote interpretation, Acutrans has a program for you. Additionally, we have specialized services for the healthcare and legal industries, ensuring your interpreter has the necessary foundation to serve you effectively in those arenas.

By partnering with a reliable language services provider, you get high-quality results quickly and efficiently. If you need skilled and experienced translators or interpreters, Acutrans can provide a quick, professional solution. Contact us for a free quote today.