How to Find the Best German to English Translator 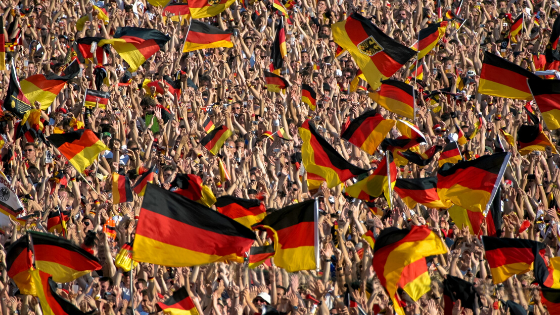 How to Find the Best German to English Translator

Translation is the art of converting written text or articles from one language to another. If you are in need of a good German to English translator, you should consider hiring a reputable translation service like Acutrans.

The English vs. German Language

English is derived from German. Even the word ‘English’ owes its name to a German tribe called the Angles who migrated to Britain in the 5th century AD and settled in the region that we now call England. [1]

One would naturally think that, since English is a Germanic language, the translation between the two languages would be fairly simple. However, the reality is very different. The language that the German invaders of the 5th century spoke is very different from the English of today. The Angles spoke Old English, which does not look or sound at all like modern English. [2] Old English gave way to Middle English in the 1100s, which in turn gave way to Modern English around 1800. [2] This slow evolution of the language caused great differences to develop between Modern English and German Languages.

However, the fact that English is a Germanic language is often apparent when you examine the two languages. These often share the same or very similar-sounding words to describe many things. Linguists call these terms “cognates.”

Cognates between English and German are plentiful.  For example, the German word haus is a cognate of the English word house. There are even some cognates with exactly the same spelling in both languages. Examples are baby, hotel, and jet. [3]

However, the evolution of the two languages over time has resulted in some very stark differences between the two. You can observe these differences when you examine the rise of false cognates between English and German. False cognates are words that sound similar, yet have noticeably different meanings in different languages.

False cognates exist between many different languages. The hardest part with German false cognates is that they often share the same spelling with their English counterparts. This makes it extremely difficult for an inexperienced person to translate between these languages.

For example, the German word gift actually means poison, rather than a present to a loved one. In addition, rat refers to advise, rather than a large rodent.

Perhaps the most confusing false cognate between the two languages is the word billion because it is a unit of measurement. Usually, units of measurement are the same around the world. After all, 1 kilogram in America is the same as 1 kilogram anywhere in the world, including Germany. However, the case with billion is very different. In the English language, the word billion refers to ten to the ninth power, or 1,000,000,000. In German, a billion means ten to the twelfth power (1,000,000,000) – what we refer to as a trillion in English.

Instances like these make the translation between the two languages very difficult for inexperienced linguists. For this reason, you should always hire a professional translator for any situation other than a casual conversation between friends, rather than relying on a bilingual person or an online tool.

Why You Need a Professional Translator

When faced with a situation in which translation is necessary, the first idea many people have is to use an online tool like Google Translate. After all, it is a very effective and free tool that can translate any segment of text instantaneously, anywhere you have an internet connection. However, the greatest flaw of this technology is its lack of accuracy. It is an excellent tool for small bits of text, but when your documents increase in word count, the accuracy of translations dives rapidly. When you are translating legal or otherwise official documents, online tools cease to exist as feasible options.

Another popular alternative route many people choose to take is to seek the help of a bilingual person. This seems like a reasonable approach, but it often leads to poor quality or even downright inaccurate translations at times. Translation is a skill that demands time, training, and experience to acquire. A certified translator makes the extra effort to ensure the use of correct terminologies and maintains the formality of the original document to convey the meaning in a comprehensible and presentable manner. This attention to detail is lost when you opt for a bilingual person instead of a certified translator.

Specific translation jobs entail the use of trained translators who possess the relevant subject matter knowledge to effectively translate official documents. These translators are fluent in their relevant fields and have a lexicon of technical jargon that allows them to easily navigate through the specific terminologies used in complex documents. They also pay attention to the ethics and due processes that they are required to undertake during the translation process to ensure the validity and authenticity of the produced documents. No online tool or bilingual speaker can beat a trained translator with specialty knowledge.

If you think you or your organization could benefit from such a translator, you can hire one through a well-respected online translation service like Acutrans.

Why You Should Use Acutrans

Acutrans has been in the translation and interpretation services industry for over 20 years. Over the years, we have assimilated a dedicated team of experts that can translate industry-specific documents accurately to over a hundred different languages – including German!

At Acutrans, we know how the need for document translation can bring an otherwise fast-moving project grinding to a halt and waste precious company resources in the process. This is why, if your document has less than 2,000 words, we promise to translate and deliver it on the same day, all without compromising on the quality! At Acutrans, we are dedicated to servicing the needs of our clients, no matter how urgent they may be.

However, the urgent delivery of documents accounts is all for nothing if the accuracy of the document is affected. This is why we employ the best quality control professionals and procedures to ensure that the translations we provide are 100% accurate and meet or exceed all industry standards. We assign dedicated project managers to different projects who review all the translated documents before sending them over to you. Rest assured, we value accuracy above all else!