Why Translation Services for Russian Are So Important

There are various reasons why translation services might be needed for Russian. One reason is that Russian is not widely spoken outside of Russia, so if someone from another country needs to communicate with a Russian speaker, they will likely need a translator. Additionally, Russian has a unique alphabet which can make it difficult for non-native speakers to read and write. Therefore, a translator can help bridge the communication gap by providing accurate translations.

Another reason why translation services might be necessary is because of the different cultural nuances between Russian and other cultures. For instance, certain gestures or words may have different meanings in Russian culture than they do in other cultures. A translator can help ensure that any cross-cultural communications are correctly conveyed. Overall, translation services can be incredibly helpful in a variety of situations where Russian is involved.

History of The Russian Language

The Russian language has a long and complex history, dating back to the 10th century. It is an East Slavic language of the wider Indo-European family. This language has been affected by other languages over the years, including Mongolian, Turkish, and Polish.

Up to the 14th century, predecessors of the modern Russians spoke dialects of the Old East Slavic language, related to the dialects of other East Slavs. The first grammar of the Russian language was composed in the 1740s. Modern Russian literature is believed to have formed in the 17th century, with the autobiography of Avvakum and a collection of chronique scandaleuse mini-stories from Moscow.

Russian is the most-spoken Slavic language, the most spoken native language in Europe, as well as the most geographically extensive language of Eurasia. It is also an important language for business and diplomacy, making translation services for Russian especially important in these settings.

When translating from Russian to another language, it is important to understand the cultural context of the original text. Russian culture is unique and has been heavily influenced by other cultures over the years. If you are not familiar with Russian culture, you may not be able to accurately translate certain phrases or gestures.

This is why it is so important for translators to have a good understanding of both Russian and the target language. By taking into account the cultural context, translators can help ensure that translations are accurate and convey the true meaning of the original text.

Cultural understanding is especially important in business and diplomatic settings, where miscommunication can lead to costly mistakes. In these situations, translations must be precise and accurate.

Translation services can be extremely helpful when trying to communicate with someone who speaks Russian. The unique alphabet and various cultural nuances can make it difficult to communicate accurately without the help of a translator. 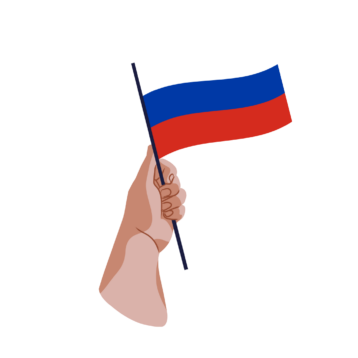 Russian is a complex language that can be difficult to translate accurately without the help of a professional translator. Did you know that Russian is the eighth most spoken language in the world? It’s true! Let’s remember that there are approximately 260 million Russian speakers worldwide. That’s a lot of people!

In business and diplomatic settings, it is especially important to ensure translations are precise and correctly reflect the cultural context of the original text. Acutrans Translation Services can provide invaluable help when trying to communicate with Russian speakers. Don’t hesitate to reach out to receive more information.