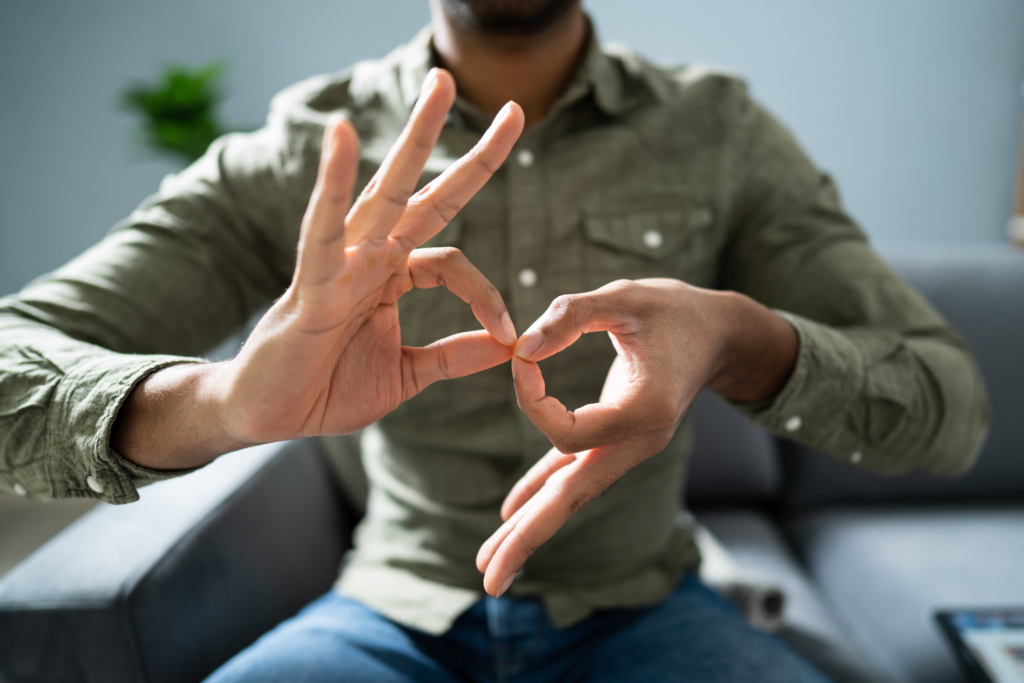 Most Americans are surprised to hear that deaf, hearing impaired and hard-of-hearing people are part of their own flourishing community. Referred to as the deaf community it has a culture and language all its own. One major aspect of this community is American Sign Language (ASL). While many Americans have some knowledge of American Sign Language, they are unaware of its history and intricacies. In this article we are going to explore the history and use of ASL in the United States.

Deaf people have been around as long as there have been humans. But unlike hearing people, there were no formalized communication systems in place. This is partially because of the small proportion of the population that was deaf but also due to the misconception that deaf and deaf-mute people were unintelligent.

In 1814, a minister named Thomas Hopkins Gallaudet was attempting to teach a neighbor’s deaf daughter. He realized that traditional methods of teaching weren’t well-suited for deaf learning. He decided to travel to Europe, where deaf education had been happening since the late 1500s, to learn from French educators such as Laurent Clerc. Gallaudet returned from France in 1817 and founded the American School for the Deaf in Hartford, Connecticut.

At the American School for the Deaf, Gallaudet and Clerc used aspects of Langue des Signes Française (French Sign Language, or LSF) and students’ own signs they used to create American Sign Language.

Many people are surprised to hear that there is no universal sign language! People who use ASL may not be able to understand British Sign Language (BSL) or French Sign Language (LSF). Because of the isolation of deaf communities across the world signed languages appeared at different times and in different ways. That said, many signed languages have similar grammatical aspects. Researchers found that “if you put two deaf people in a room, who have no shared language, it’s only a matter of hours before they find a way to communicate…because signed languages have shorter histories, their grammars typically share certain features, which means that even if two deaf people have no common vocabulary, it takes short time before they can figure out a way to communicate.” [1]

The biggest misconception about ASL is that it is the same as English in structure and vocabulary. ASL is not meant to be a code to convey English using your hands.
American Sign Language is its own language. ASL has its own pronunciations, word formation and word order and relies heavily on visual body language and facial cues. For example, to sign the phrase “I washed my car last week” an ASL-user could sign using subject-verb-object or time-subject-verb-object phrases:
Week-past I wash my car. OR My Car? Week-past I wash it.
To an English speaker, this sentence structure sounds a bit odd. But to an ASL-user, it is perfectly proper.

Did you realize that a million people in the US use ASL as their primary language? Some experts think that ASL may be the third most commonly used language in the US because of its use with disabled communities and children.
Acceptance of the deaf community and the flexibility of ASL means that more and more people learn it every year. There is increasing demand for American Sign Language courses and instructors at colleges across the US. Also, popular shows and movies have shed light on ASL and increased awareness of deaf culture.

Do you need an American Sign Language interpreter for a client? Are you struggling to find a qualified one? Acutrans is here to help. We work with hundreds of certified ASL interpreters across the country to provide interpreting services for the deaf and hard of hearing community. Check out our website for more information today!