5 Surprising Greetings from Cultures Around the World 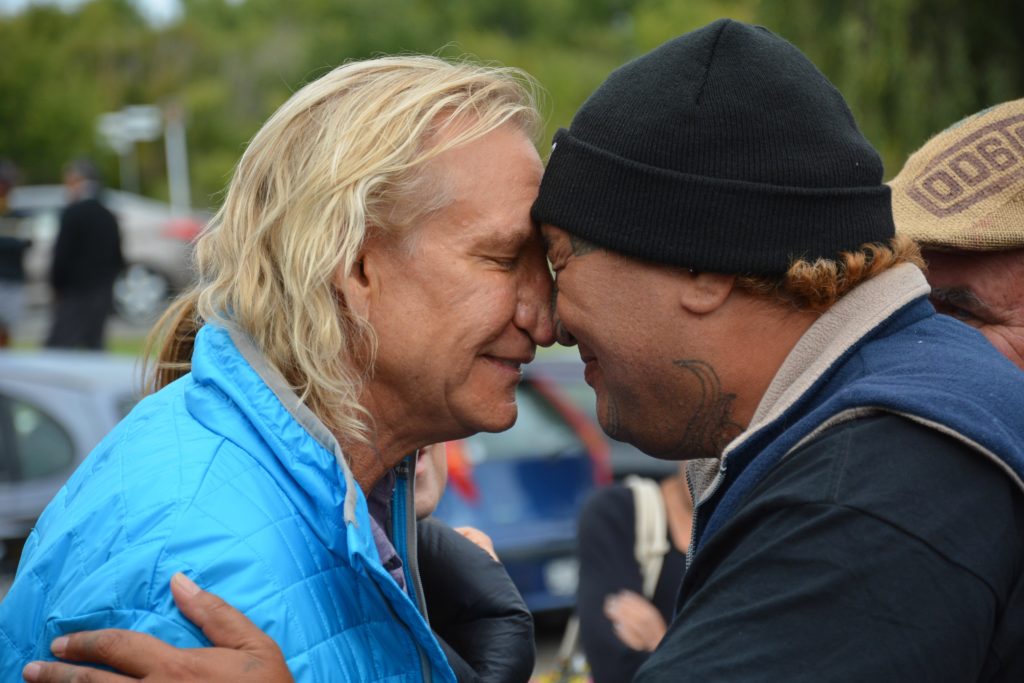 5 Surprising Greetings from Cultures Around the World

People around the world greet each other in different ways. Not only do other cultures use different phrases to say hello, they also use different body language. The combination of the correct phrase and action can help you make a great first impression. It can also help you to show respect! It can even put others at ease. Read on to find out how people across the globe say hello!

In North America, the standard greeting is “hello”. But I’m sure you already knew that! “Hello” is usually accompanied by a handshake in formal settings. In informal situations, “Hello” and a wave or hug are appropriate.

Most Americans associate a good handshake with success. Making eye contact during a handshake is important. Plus, a person should make sure they don’t grip the other person’s hand too hard. Handshakes are used in business and social settings.

Handshakes are used as greetings across the world. Countries like China, Germany, Great Britain, and Rwanda all use handshakes to say hello. However, the preferred handshake of each country is a little different. Did you know in the Middle East you should only shake hands with your right hand? Did you know that in China you should use a lighter grip?

In France the standard greeting is called bises. Bises means “kisses” in French. When two people greet each other, they will touch cheeks and kiss the air. In most parts of France, people greet each other with two kisses (on the left cheek and right cheek). As they do their bises, they will say Bonjour, or “Hello”, in French. In some parts of France though, people do four kisses!

A kiss on the cheek is a very common greeting across the world. Italy, Spain, Portugal, Ukraine, Russia, and much of Latin America uses kisses as a greeting. In contrast, the number of kisses varies between countries. For example, in Ukraine and Russia three kisses is normal. On the other hand, one kiss on the right cheek is polite in Argentina.

Bowing is a common greeting across Asia. Each country uses a slightly different bow as a greeting. For example, in Japan your bow reflects the other person’s social status. When bowing a person should keep their hands to their sides and bend at the waist. A longer, deeper bow is expected for more important and respected people.

In contrast, in India people greet each other by placing their hands in the center of their chest and bowing. They also will say namaste as they do this. Namaste means “I bow to you” in Sanskrit. It is a term of respect.

A surprising amount of cultures greet each other by touching noses, foreheads, or both. For instance, the traditional Maori greeting in New Zealand does this. This greeting is called hongi. Hongi means “sharing of breath”. People press their foreheads and noses together and look into each other’s eyes. The hongi is used across New Zealand.

Similarly, in Oman, Qatar, and Yemen people will greet each other by touching noses. It is important to remember this greeting is only used between people of the same sex. In Arabic cultures it is considered inappropriate to use this greeting with a member of the opposite sex.

Sticking Your Tongue Out!

Finally, a greeting that many people might initially find silly. In Tibet, Buddhist monks greet one another by sticking their tongue out. This tradition goes back more than 1,000 years. Legend says that in there was a very cruel king who ruled in the 9th century. The king was known for his black tongue. The monks stick out their tongue to show they come in peace. It demonstrates they are not the reincarnated king.

No matter who you need to speak to, Acutrans can help you make a great introduction. Our interpreters speak more than 200 languages and belong to many, many cultures. Our interpreters are from all over the world! They have cultural sensitivity and HIPAA compliance training. We give them the tools to make a great first impression. Your customers will be thrilled to know you value their culture. Check out our website today for more information.